Home » Posts » A Slice of History: The Origins of Pizza
Posts

Few food items have enjoyed such global success as pizza. This humble dish, consisting of a bread base topped with tomato sauce and cheese, can now be found in restaurants and homes around the world.

Pizza has been enjoyed for centuries and has a long, fascinating history. The exact origins of pizza are unknown, though there is evidence of its existence as far back as ancient Greece. Through the centuries, pizza has been adapted and modified to fit different cultures and tastes. In this article, we’ll explore the origins of pizza and how it has evolved over time.

Pizza is a savory dish that has its origins in antiquity. Various ancient cultures throughout the world produced basic flatbreads that were then topped with vegetables, meats, and cheeses. One precursor of pizza was the focaccia, a flatbread known to the Romans as panis focacius. This bread was usually topped with herbs and cheese and was a popular food enjoyed by both the poor and wealthy alike.

The idea of eating flatbreads with toppings was not an entirely new concept. It actually dates back centuries to when the Romans, Greeks, and Egyptians would place their bread on a hot stone or in a mud oven to cook it. Once the bread was cooked, they would then spread their desired toppings, such as herbs or mushrooms, on the flatbread.

Interestingly enough, there is even a record of how soldiers in ancient Persia would bake their flatbreads. Their shields served as their ovens. The heat from the sun would reflect off of the shields and cook the bread that was placed on top of them. Who would have thought that something as simple as a shield could be used to make such a delicious and filling meal!

Back then, pizza was not the delicacy that it is now. It was a simple dish consumed by the lower classes and not considered particularly special. It was considered a poor man’s dish which wasn’t even sold in shops at the time. You could only find it being sold on the street in small pieces that a buyer could afford. 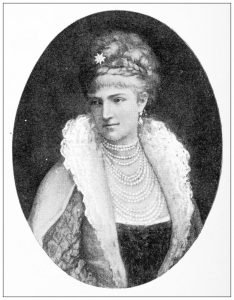 It is difficult to definitively say who invented pizza, as its origins date back centuries. There is no one person or nation that can be credited with its invention.

Some commentators have suggested that the origins of modern pizza can be traced to pizzarelle, which were kosher for Passover cookies eaten by Roman Jews after returning from the synagogue on that holiday, though some also trace its origins to other Italian paschal bread.

The most popular theory is that pizza was invented in Naples, Italy in the 18th century. The story goes that a local chef named Raffaele Esposito created a pizza for the visit of King Umberto and Queen Margherita in 1889. The queen was so impressed with the pizza that it was named after her. This pizza consisted of tomatoes, mozzarella cheese, and basil (representing the colors of the Italian flag) and became known as the Margherita pizza.

The innovation that led to flatbread pizza was the use of tomato as a topping. For some time after the tomato was brought to Europe from the Americas in the 16th century, it was believed by many Europeans to be poisonous, as are some other fruits of the Solanaceae (nightshade) family.

However, the people of Naples quickly discovered that tomatoes made a delicious and inexpensive addition to their flatbreads. By the late 18th century, it was common for the poor of the area around Naples to add tomato to their yeast-based flatbread, thus the pizza began.

The modern pizza industry really took off in the late 19th century when the first pizzeria, Antica Pizzeria Port’Alba, opened in Naples. This restaurant is believed to be the first pizzeria in the world and set the standard for pizzerias that would open up around the world.

Since then, pizza has evolved to become the dish we know and love today. It has been adapted in different forms all around the world, incorporating different cultures and tastes. From the classic Margherita pizza to today’s more exotic toppings, it is safe to say that pizza has come a long way since its humble beginnings. No matter what type of pizza you prefer, it is clear that the dish has been beloved by people throughout the centuries.  And who knows what the future of pizza holds!

How Was Pizza Introduced to The United States?

Pizza first arrived in the United States with Italian immigrants in the late 19th century. The dish quickly gained popularity in large cities like New York and Chicago, where Italian neighborhoods flourished. The first pizzeria in the United States was opened in 1905 by Gennaro Lombardi on Spring Street in Manhattan. His establishment quickly became popular, and other pizzerias began to spring up across the city.

These restaurants would later mushroom in the USA, with Ric Riccardo Sr. following in Lombardi’s footsteps. He, however, started with a deep-dish pizza. It was Ira Nevin who gave pizza bakers an easier time in 1945. His invention of a gas-fired pizza oven  removed the high cost and the inconvenience of using wood or charcoal. As a result, pizzerias began popping up all over the country, and the popularity of pizza only continued to grow.

Today, pizza continues to be a popular dish all around the world. It’s no surprise that it remains one of the most popular takeaway and delivery foods, as well as a favorite for dinner parties and movie nights. The evolution of pizza from its humble beginnings to its current form is a testament to its enduring popularity.

Though the classic Margherita pizza remains a favorite all around the world, modern variations of this dish have emerged in recent years. Many pizzerias now offer a wide range of different toppings and crusts, meaning that everyone can find the type of pizza they enjoy.

The world’s largest list of pizza varieties contains 687 different types of pizzas from all over the world. Pizza is a popular dish in many countries and is made in various different styles. Some popular styles of pizza include Neopolitan pizza, Chicago pizza, and Brooklyn-style pizza.

More than 30 billion pizzas are eaten worldwide every year, making pizza the most popular dish in the world. The list of pizza varieties is updated regularly to include new and exciting types of pizzas from all over the globe. Whether you’re a fan of traditional Neopolitan pizza or looking for something new and unique, there’s sure to be a type of pizza on the list that you’ll love.

The now-popular wood-fired pizza is a modern take on the traditional Italian pizza that has become popular in recent years. This type of pizza is cooked in a high-heat oven using wood as the fuel source. The result is a delicious, crispy crust with a classic Italian taste.

No matter what type of pizza you prefer, it’s clear that the dish has come a long way since its beginnings in Naples. Enjoyed by people around the world, pizza is here to stay.

Final Thoughts on the History of Pizza

Pizza has a long and interesting history, with many modern variations being developed throughout the years. From its humble origins in Naples, to becoming popular among Italian immigrants in the US, and now being enjoyed by people around the world, pizza has come a long way. From classic Margherita pizzas to modern wood-fired creations, there is something for everyone to enjoy. Pizza has been a popular dish for centuries and it’s here to stay.

Now you know the history of your favorite dish, so enjoy a slice of pizza and savour the flavor. Buon appetito!

Sicilian Pizza: Everything You Need to Know